The Transit-Pelletsmethod™ provides information on total and segmental transit time as well as normal and slow transit. With the new modification of the marker intake on day six, it is possible to also easily measure rapid transit, which may be of interest in the investigation of chronic diarrhoea. The method requires only one hospital visit, takes into account women’s slower transit, and is also suitable for children and teenagers. Transit-Pelletsmethod™, commonly known as the ‘Abrahamsson Method’, has been described in several research papers in international journals. The method is applied and continuously developed in ongoing clinical trials at Sahlgrenska University Hospital.

If you're a clinician and already registered to use the Transit-Pellets™ Monitoring System please click here.

A simple and effective method

Colonic transit test with radiopaque markers (Transit-Pellets™) is a useful diagnostic measurement in the investigation and assessment of many gastrointestinal (GI) disorders such as:

The patient swallows radiopaque markers for 6 consecutive days.  On day 7 an abdominal radiograph is taken.  Based on the number of retained markers and their position in the colon a colonic transit time is calculated and compared to reference values.  Because only one radiograph is needed the radiation dose is limited and the cost for the test kept at a minimum. 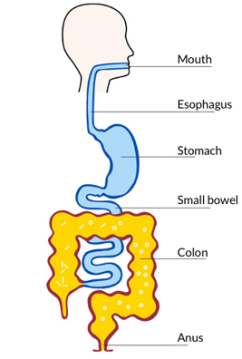 The most common reason to do this investigation is suspicion of slow-transit constipation. With the new modification of marker intake on the sixth day it is also possible to easily measure rapid passage, which could be of interest in the investigation of patients with chronic diarrhoea.

The Transit-Pelletsmethod™ method was developed at Sahlgrenska University Hospital, Sweden, and is documented in more than twenty scientific reports, examples shown below.

A simple solution to a very severe problem:  The Haemorrhage Occluder Pin (HOP) is indicated for the control of locali...

The Accoat Guide Wire is made from a stainless steel core and can be supplied with or without a PTFE coat. It is availa...